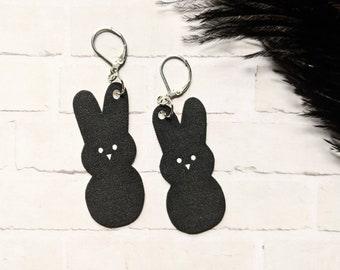 Halloween Assignment. The words stared back at me from the paper handout, menacingly because not only did it have the dreaded words “assignment,” but it had the word “Halloween” too. That meant this was a big, special assignment. Little did I know it was going to be the assignment.

Mrs. Snore cleared her throat at the front of the classroom. “So yeah. It’s not a lot. Just a doll going up five steps and asking for confirmation from the user to keep going. Once she reaches the fifth step, she stops moving and the program ends.”
Justin’s hand shot up, “Do we need graphics?”
“Nah, you kids get off easy this time,” Mrs. Snore grumbled, “No graphics. No animation. Just console updates… though I have a feeling that’ll be enough.”
As the class cheered and pumped fists, Mrs. Snore pulled out a bag. From inside, she pulled out one small package, a couple of candies wrapped inside a pumpkin and ghost-themed plastic bag. The cheering got louder. Nothing like free candy. We giddily reached out as Snore handed the candy grams out, one to each kid. A closer look revealed the two or three Hersheys, Kitkat, Smarties, and Rockets. There was also a tiny creepy doll figurine. With its hard plastic grin and shiny mat of brown pigtails, it was far from attractive. “I added that as a little souvenir of this project,” Mrs. Snore explained, “It should serve you well… just don’t neglect it on the stairs,” she finished with a grin that challenged the wickedness of the doll just gifted.

I rushed home fast, eager to get the assignment done as soon as possible and actually get more than an hour or two of sleep. In my hurry, I threw my backpack, with its binders, textbooks, Mrs. Snore’s candy gram, and all, on the steps leading upstairs. I myself jumped onto my computer, immediately launching into productivity… accompanied by some good old fashioned procrastination-oriented gaming.

11:58 shone my digital clock, not nearly as condescending as the full yet brooding moon outside. The house was dark except for the bright blue screen displaying hundreds of lines of (unnecessary) code, quiet except for my fingers typing and untyping that code. After a final click, I took a moment to rub my dry, waning eyes underneath my glasses. Just about done. Semi-colons, user-input, and all. Time to test it out, I decided tentatively. It might end up having a few million errors, but better see it at midnight and fix it, then in front of Mrs. Snore tomorrow and have myself be the one that gets “fixed.”

Compile. Done. At least no syntax errors. I took a shaky breath, then hit Run. And run it did.

What is your name?

Hello Gavin. I am your new doll.
Press 0 to continue.

Okay, it was going too well to break.

Gavin, I’m on the first step.

A loud thump came from somewhere downstairs. Something must have fallen over.

Gavinn, I’m on the second step.

Another thump, a bit louder this time. Boy this was starting to get weird.

Gavinnn, I’m on the third step.

Thump! At least the program was correctly concatenating a replica of the last character in the name?

Gavinnnn, I’m on the fourth step!

Gavinnnnn, I’m on the fifth step!

THUMP!!! By now cold sweat was dripping down my neck, my forehead creased in confusion. I reassured myself, however. This was the fifth step. If I wrote the program correctly, this is where it should end.

I jumped from the sheer noise, taking a moment to collect myself before peeking at the console.

Gavinnnnnn, I’m on the sixth step…

Had I accidentally gone into an infinite loop? But no… that wouldn’t explain the uncoded change in punctuation. I decided I might as well see what was in store.

Gavinnnnnnn, I’m on the seventh step!

Gavinnnnnnnn, I’m on the eighth step!

Of course it was.

Gavinnnnnnnnn, I’m on the ninth step!

Of course it was…

Gavinnnnnnnnnn, I’m on the tenth step.

My heart pulsed (not at the thumps that were still ongoing, I’d sort of gotten used to those by now) at the period. It seemed almost sentencing… and the stairs in my house had ten steps.

This was so stupid, why was I afraid of the code I myself had written? And yet, nothing could stop my limbs from shaking, the goosebumps from running up and down my forearms as the corners of my eyes furtively glanced back and forth, from the obtrusive monitor to the pitch black hallway beyond my bedroom door.

Gavin. I’m in your parents’ room.

No thumps this time. Almost as if the doll whatever it was was trying to be stealthy.

Mrs. Snore’s words echoed in my wiped out ears that had given all their sense to my eyes at midnight coding hour. “just don’t neglect it on the stairs”
Oh boy, that was a doll too… and I left it on the stairs.

I hadn’t even realized my frozen index finger was still hanging over the 0 key, and in my sudden realization, I had dropped it, unleashing nihility.